What exciting news I have to share with you: Chasing Rainbows is coming out this August! And I have the cover for you today.

“A summer shower brings the delight of a rainbow. Is there truly magic at the end that Dad believes there is? Join Sam and Ruby as they frolic in their backyard, creating rainbows and chaos with imaginative and experimental water play. The children quickly discover the joy of chasing rainbows. But will they ever discover the secret of what lies at the end of the rainbow? Perhaps Dad can show them how?”

I had the absolute delight of illustrating this story. Like many stories, I read it and it took me back to when I was a child with my kid brother. We went on many adventures, we went through the house and down our street, into the bushes, underneath. It was a blast everyday!

Here is the cover!

In this story, we have our heroes Sam and Ruby figuring out the best way to catch a rainbow. I’d like to introduce these two clever adventurers.

Ruby‘s super fancy and cheeky. She loves to create beautiful drawings and do whatever her big brother’s doing. She doesn’t like being left behind so she does everything in her power to keep up with her big brother.

Sam‘s a super clever scientist in the making. He’s always exploring the mechanics of nature. He loves to actively venture out and go on imagination-filled adventures. He’s super kind to his little sister and helps her when she’s struggling.

They have a little puppy who follows them around having his own adventures with Dad’s Bearded Dragon.

Sam and Ruby’s mum is a doctor and out at work, so you don’t actually see her in the story. Their dad is a helicopter pilot and helps them discover something very special about rainbows. I wonder what it could be? Do you know? Leave your answers in the comments 🙂 And don’t forget to pre-order your copy today! 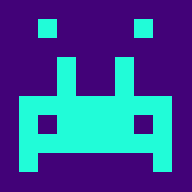